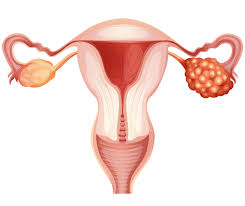 Abstract Ovarian cancer is heterogeneous, multigenetic and epigenetic abnormalities and lethal among all other gynecological women malignancies amongst women. Moreover, ovarian cancer has a distinct biology and behavior at cellular and molecular level. According to National Cancer Institute’s Surveillance, Epidemiology and End Result Program Report in 2017 the new case of ovarian cancer exacerbated to 22.4% from 11.7% in 2014. The Therapeutics use of cancer therapies has been restricted due to its nonspecific and dose limiting cellular toxicity and development of multidrug resistance. To overcome the restriction various biotechnological therapies and drug delivery system have been described in this review.

Introduction Ovarian cancer is the most lethal among all other gynecological malignancy amongst the women. 2,50,000 diagnosed with ovarian cancer globally each year with more than 1,40,000 cancer specific death [1]. Only 20% of the ovarian cancer is diagnosed at first stage when the disease is limited to the ovary, 90% of the patient responds well with existing therapy, Metastasized staged divided in to 3 more categories, i.e., (Stage 2). When the disease metastasized to the pelvic region, after the disease has metastasized to the abdomen region (stage 3) or beyond the peritoneal region (Stage 4) cure rate decrease substantially [2]. Ovarian cancer is heterogeneous; multiple genetic and epigenetic abnormalities have been seen in different individuals. Mutation and loss of TP53 function is one of the most frequent genetic abnormalities in ovarian cancer and is observed in 60-80% of both sporadic and familial cases. Inheritance of DNA repair defects contributes to as many as 10- 15% of ovarian cancers. Platinum–paclitaxel combination regimen is considered a first-line treatment for advanced ovarian cancer [3]. Although, the result of treatment with combination therapy and surgery have shown marked improved in advance stages, but death result due to drug resistant during or after complete treatment. Most Ovarian cancer is sporadic and occurs in general population. Risk factors such as use of oral contraceptives, hysterectomy and hereditary syndromes are associated with ovarian cancer. Hereditary syndromes account 5-10% of ovarian cancer mutation arising in BRCA1, BRCA2 and MMR gene