Mycorrhiza & their Advantages in Organic Agriculture 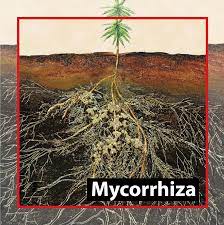 The goal of the Open Access journal of Petroleum & Environmental Biotechnology is to publish the most thorough and trustworthy source of information on new discoveries and advancements in all fields of study in the form of original articles, review articles, case studies, short communications, etc. and make it freely accessible online to researchers all over the world without any restrictions or additional subscriptions.

The link between fungal hyphae and underground plant components of bryophytes, pteridophytes, or roots of seed plants, as well as sporophyte of most ptridophytes, is known as mycorrhizae. The term "mycorrhiza" (Fungus roots) was first used by Frank in 1885. A single structure formed by the union of a plant root and a fungus allows for the flow of carbon and nutrients. Mycorrhiza gives plants a variety of benefits, including a faster rate of growth due to increased mineral and nutrient intake, the ability to endure hard environments, and a lower risk of disease. In the mycorrhizal symbiosis, both participants—the plant and the fungus—must survive.The mycorrhizae serve to characterise the various structures that the various fungi's root tips and hyphae form.

Mycorrhizal association has numerous advantages for plants, the soil, and organic farming practises. By generating humic compounds and organic glues that help improve soil porosity and aggregate formation, mycorrhizal associations aid in enhancing soil structure. As a result, plant development is boosted due to better aeration, water flow, root growth, etc. Plants' growth was accelerated by mycorrhiza thanks to the hormones cytokinins and gibberellins that they produce.

AMF promoted the use of nutrients that are not abundant and improved nutrient storage, decreased the interaction with soil colloids, and boosted nodulation and nitrogen fixation. These effects increased the lifetime of the roots. Mycorrhizal association, in particular in infertile soils, increased crop output by supplying P in the soil that is not immediately available to plants for growth. The mycorrhizal connection, which aids in the uptake of nutrients, particularly P Carbon and Nitrogen and other micronutrients mainly zinc and copper, boosted plant development. The presence of the mantle, a physical barrier against nematodes, pathogens, and soil-borne pests, makes AMF crucial for pest management.Compared to using chemicals to suppress weed development, mycorrhizal association also aids in the safest weed management. Land rehabilitation is aided by mycorrhizal association. Plants develop tolerance to drought stress because mycorrhizal association aids in nutrient uptake under conditions of water stress. This relationship also aided the plant's growth in salty, nutrient-poor, damaged, eroded, and land with coal wastes conditions.

Clinical Manifestations and Pathogenesis of Dracunculiasis

Mycorrhiza & their Advantages in Organic Agriculture