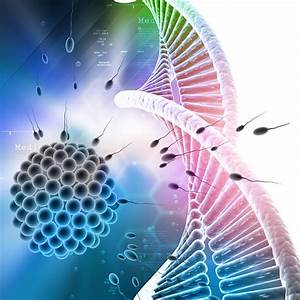 Epigenetic modifications consist in heritable changes in gene function without modification of DNA sequence. The epigenome is substantially plastic and responds to environmental changes with modifications that can be transmitted to daughter cells and across generations. This plasticity is functional for adaptation to a changing environment but it also makes epigenome potentially subjected to dysregulation and susceptible to the induction of epimutations.

Epigenetic modifications comprise three main mechanisms, DNA methylation, chromatin structure modifications and noncoding RNA (ncRNA). All these epigenetic mechanisms have important roles in the development of germ cells from primordial germ cell (PGC) differentiation and migration through meiotic process and maturation of functional gametes. Epigenetic dysregulation of these processes may have detrimental effect on gametogenesis and lead to reproductive dysfunction in adults. Moreover, epigenetic alterations can be retained along germ cell maturation and increasing evidence indicates that they can be transmitted across generations with potential effects on offspring health.

Experimental evidence on different animal models has shown that several toxicant exposures, occurring during prenatal or adult life can affect the germ cell epigenome. A sensitive window to the harmful effects of environmental toxicants is the differentiation of PGCs during prenatal life. During this period, PGCs colonize the embryonic gonads and start their differentiation into a male or female pathway. A key epigenetic event associated to this process is the genome wide demethylation. At the same time, other epigenetic changes occur, such as modulation of histone modifications; furthermore, a correct balance in the expression of ncRNAs seems to be necessary for a correct PGC development.

The first demonstration that DNA methylation links maternal diet during pregnancy with offspring phenotype was obtained using a mouse model carrying a gene controlled by a methylation-sensitive regulatory region. In this model, treatment of pregnant mothers with BPA induced hypomethylation of the offspring gene with phenotype consequences. These effects could be counteracted by maternal dietary supplementation with methyl donors like folic acid or genistein. These observations raised the question whether prenatal exposures to chemicals that are not direct inhibitors or donors of DNA methylation/reaction can reprogram DNA methylation in PGCs and in the offspring in a physiologically relevant manner.

EDCs are the mostly investigated chemicals in relation to possible effects on PGCs that could be transmitted across multiple generations. Among them, vinclozolin, a fungicide with antiandrogenic properties, BPA and phthalates. Evidence of transgenerational effects has indeed been obtained, but the picture of the whole pathway, leading from initiating epigenetic changes in PGCs to ultimate reproductive impairment in the following generations, is still incomplete, with few studies, until now, walking the whole pathway step by step. Nevertheless, changes of DNA methylation status and miRNA expression in PGCs have been reported after exposure to vinclozolin. The window of exposure appears to be a critical factor in the manifestation of transgenerational phenotypes. Moreover, the extent to which the epigenetic changes drive the observed phenotypes across generations remains to be determined.

During adult male life, extensive epigenetic reprogramming for the production of functional sperm for fertilization is required during spermatogenesis. Emerging data suggest that the epigenome during this process is susceptible to environmentally induced alterations. Exposure of adult male mice to particulate air pollution has been shown to increase global methylation of spermatogonia, which persists through spermatogenesis and remains elevated in spermatozoa. Different experimental studies have shown that exposure to toxicants such as acrylamide or EDCs can modify the gain and loss of methylation in sequences involved in genetic imprinting during spermatogenesis. In humans, various epidemiological studies have documented that chemical exposure, mainly cigarette smoking, are linked with alterations of sperm epigenome.

The mammalian sperm epigenome is suspected to be a mediator of transgenerational transmission of paternal environmental exposures. By now, an extensive literature exists reporting results of experimental studies aiming to relate paternal complex environmental exposure, lifestyle or nutrition conditions with sperm epigenome modifications and offspring health. For example, nutritional manipulation in fetal or adult rodent males, such as over/under-nutrition, prediabetic conditions or folate deficiency, induces differential methylation in sperm and metabolic disorders or birth defects in offspring.

Mature spermatozoa hold a series of ncRNAs that can mediate transgenerational effects. For example, mice subjected to early life traumatic stress exhibited, further to behavioral and metabolic changes, alterations in the abundance of several spermatozoal small ncRNAs, compared to an unstressed control. Progeny generated from injection of sperm RNA from the stressed fathers into embryos, exhibited similar behavior and metabolic patterns as the stressed fathers. This experimental evidence supports the concept that, at least in mice, sperm RNAs can transmit the response of an early life stress to the progeny. The sperm RNA content can be also modulated by dietary exposures . It appears that sperm may acquire ncRNAs either from their progenitor germ cells or from extracellular sources during epididymal maturation. Interestingly, sncRNAs were also found in human seminal exosomes.

During oogenesis, there are widespread transcriptional changes and de novo DNA methylation, allowing the oocyte to obtain fertilization and embryogenesis competency. A number of posttranslational histone modifications help direct de novo methylation events in the oocyte. All known classes of short ncRNAs are present in mouse oocytes; however, gene-knockout studies have provided evidence that only some of them are required for oocyte development. Several epigenetic changes have been shown in oocytes as a function of female aging, including lower genome-wide DNA methylation, specific histone acetylation and methylation changes, follicular fluid microRNA changes.

In spite of the increasing knowledge about the epigenetic determinants of oocyte quality and of the evidence about maternal effects on epigenetic transgenerational inheritance in human cohorts, so far only a few sparse studies addressed directly the question of possible chemical effects on mammalian oocyte epigenetic setting. An obvious technical difficulty resides in the small number of oocytes collectable from any experimental group. The focus has been mainly on the methylation status of imprinted genes, with specific changes observed, for instance, after prenatal exposure of mice to DEHP, or neonatal exposure of mice to BPA. Imprinted gene methylation changes in mouse oocytes were also associated to a diabetic condition or to a high-fat diet adult exposure. In addition, small but significant histone methylation changes have been reported after exposure of oocytes to BPA or acrylamide. Conversely, the possible role of oocyte-borne sncRNAs in environmentally induced transgenerational phenomena is so far unknown and warrants future investigations.

An open question remains about the relevance of experimental studies for human exposure, especially in view of the low-level (but multicompound), chronic exposures mostly encountered by human populations. Sorting out an epigenetic impact of environment on human germ cells with potential heritable consequences is not easy task, because of the need to control for genetic and cultural confounders. However, notably, a few human observational studies to date suggest that transgenerational effects exist that cannot easily be attributed to cultural and/or genetic inheritance